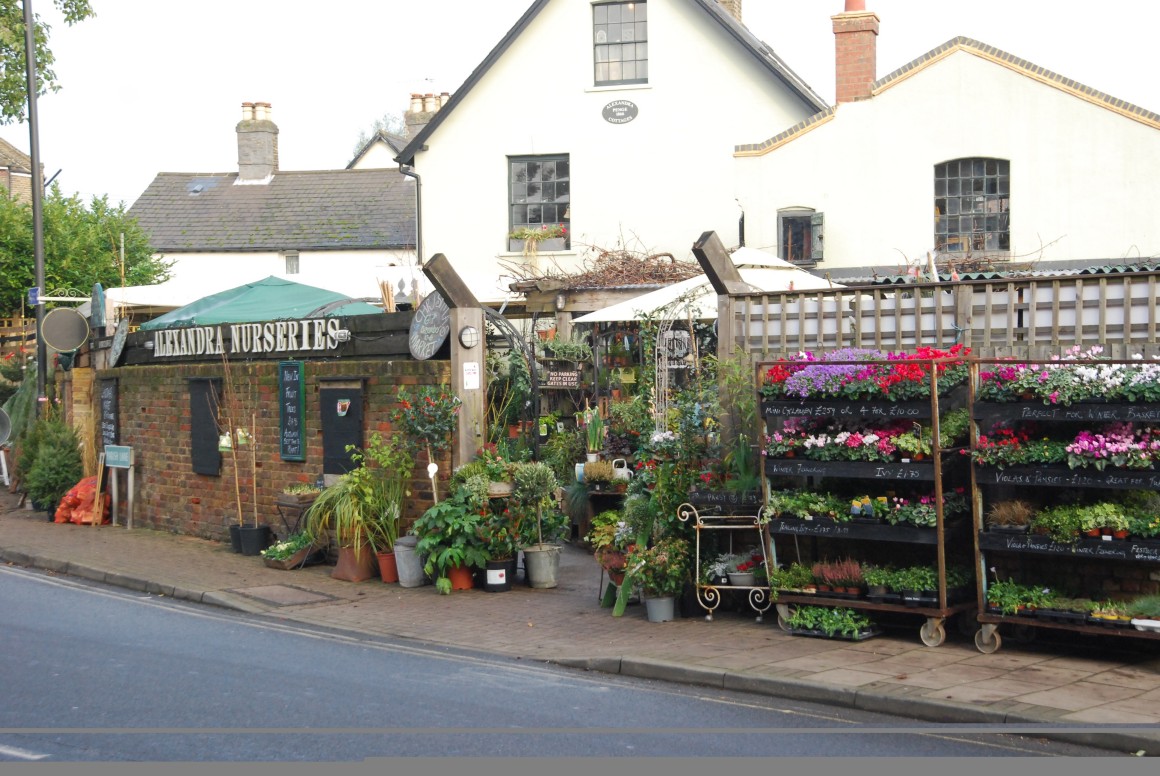 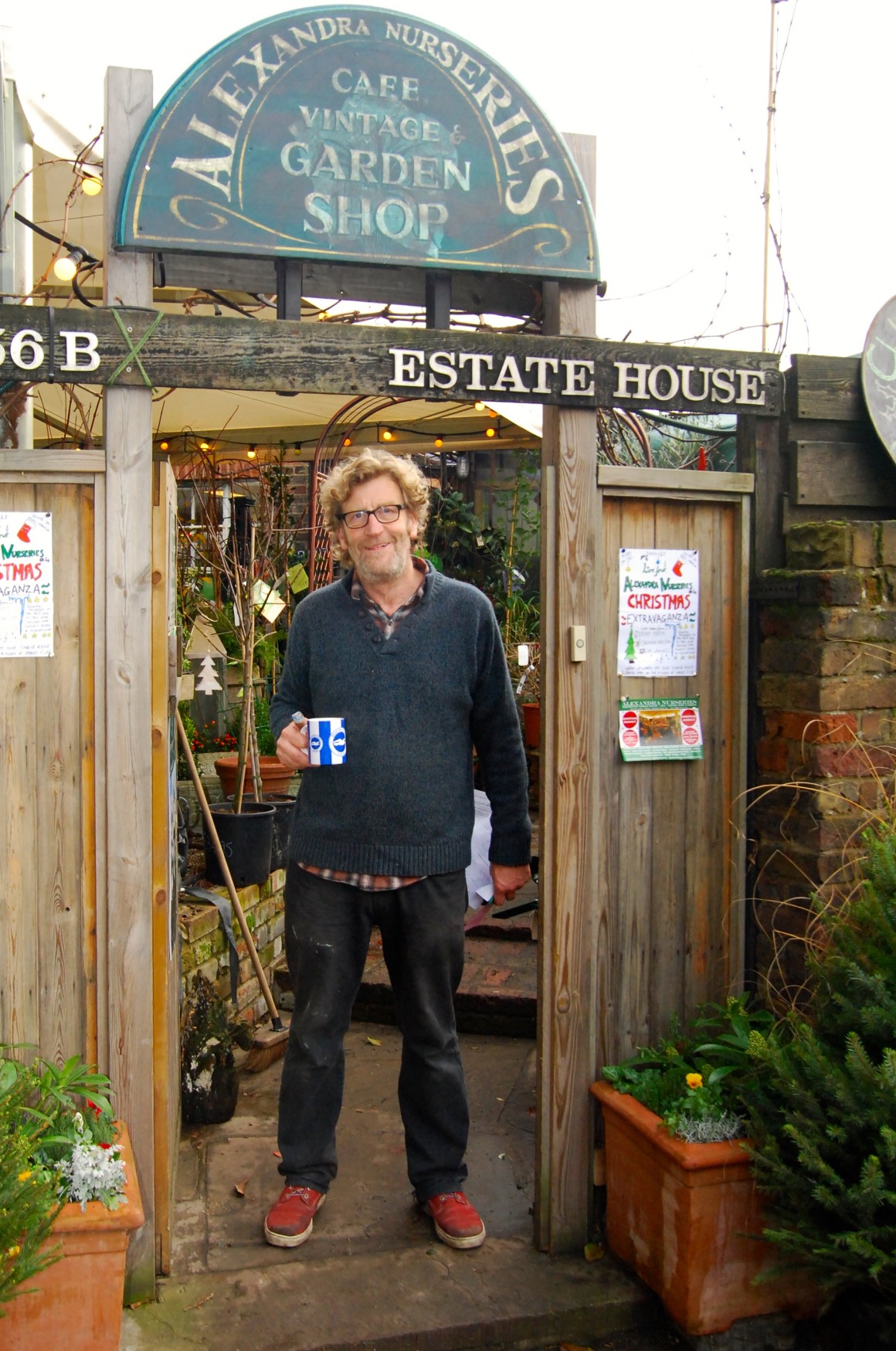 It’s only been around two and a half years, but Alexandra Nurseries is already one of Penge’s best-loved local businesses. We chat to the owner, John Parker, who transformed a derelict house and workshop into a groovy little garden centre, vintage shop and café

Alexandra Nurseries draws you in. Walk down Parish Lane and you can’t miss it: a riot of brightly coloured plants and flowers spilling out onto the pavement from behind the walls of a grand old Victorian house. Step inside and there are gorgeous things everywhere you look: in the shop, shelves groan with vintage china; an old birdcage nestles among racks of greenery outside; in the café area, 70s-style crocheted blankets are slung casually over the backs of wrought-iron chairs.

But it wasn’t always so enticing. The house, adjoining the workshops for the Alexandra Cottages Estate, had been derelict since the 70s.

‘There was a lot of curiosity about the place,’ explains John Parker, who set up the Nurseries with his former partner, Sarah Garcia. ‘It had these high walls, covered in brambles. Half the windows of the house were put out so they looked like little black eyes. I met a local woman in her 40s who’d thought it was haunted since she was young.’

During the 80s, a local architect used the workshop as a studio, but it fell into disrepair after he retired and he eventually decided to sell it. John and Sarah, both professional gardeners, spotted it and came up with the idea of living in the house and setting up a garden centre in the workshop.

The café, serving organic, homemade food, was Sarah’s brainchild. ‘She said, we’ll have to have a tea shop and café,’ says John. ‘And I said, I don’t know about that. All the blokes I knew said no, just do plants – you don’t want all that tea and cake business. And all the women said, yes! Do the tea and cake thing! Of course, they were right and we were wrong, so we had to eat humble cake on that one.’

John and Sarah bought the place and set about renovating it. But it wasn’t an easy job. ‘The house was in bad state,’ remembers John. ‘There was water coming through the roof. Plaster falling off. Dead pigeons in the kitchen. And it was full of random stuff – old mangles, half a Mini chassis, an outboard motor. We found a petrified fox under a box outside.’

Years ago, the architect had planted a pinot noir grapevine in the yard. It now provides a natural canopy over the café area, but before the renovations, it was out of control. ‘It grew up a lamp post and into a tree. You couldn’t walk from one gate to the other without a machete.’ Still, the potential of the place was obvious: ‘My son took one look at it and said: “Well done, Dad.”’

John did all the renovations with the help of his friend Bethel. (John and Sarah lived in a caravan on the driveway.) To create the outdoor café area, they kept the old timber, put a roof on and trained the vine over it. ‘That’s why the place looks like it’s been here forever, because some of it has,’ says John.

The Nurseries’ eclectic look came about naturally. ‘We kept the big industrial lights from the architect’s studio – they’re in the shop – and I brought in stuff from my mum’s greenhouse and my allotment, like the old Victorian water caddy. We bought other stuff – like the big trolleys outside – at auctions.’ John’s brother, an art and woodwork teacher, made the lettering on the exterior wall, and his son, Owen, who now runs the café and shop, painted the sign on the side of the workshop.

They opened in April 2012. To their relief, it took off right from the beginning: the locals loved the combination of plants, vintage homewares and homemade cake. ‘We realised early on that people wanted to support us and were excited about the place. People saw what we were trying to do and liked it. There was an unmet need in Penge for somewhere to sit and have tea and cake and buy nice presents.’

As experienced gardeners, the team offer free, specialist advice, which means they can easily compete with the likes of Homebase. (Though they’re not afraid to compete on price, either: a kids’ blackboard in the yard cheekily proclaims: ‘Seasoned hardwoods £6.50 –Homebase £6.99 :(’.)

The Nurseries might not be right on the High Street, but John says they still get plenty of passing trade. ‘Loads of people go past on the 75 bus and one day decide to get off and have a look around,’ he says. ‘I’ve even had people say they spotted us from the train – especially during the winter when we’ve got the fairy lights up – and got out especially at Penge East.’

He may have a thriving business on his hands, but John’s not resting on his laurels. He’s looking to upgrade the kitchen and offer a wider range of food. And he’s considering hiring the Nurseries out for private events, starting with a wedding reception and a birthday party. It’s already an established community hub, having played host to music nights, poetry readings, a toddler music group and a sewing club – not to mention the annual Christmas market, with stalls manned by local craftspeople and traders.

The local buzz about the Nurseries shows no sign of stopping. ‘You get estate agents describing houses as “situated close to the charming Alexandra Nurseries”,’ says John. It’s even being credited as spearheading the resurgence of Penge. But John’s modest about his success: ‘If you set up something nice, people come. And Penge is the next place – suddenly people are going, “Ooh, you can get to Victoria in 20 minutes? And the houses are how much?” It’s not gentrification. It’s just London geography.’ 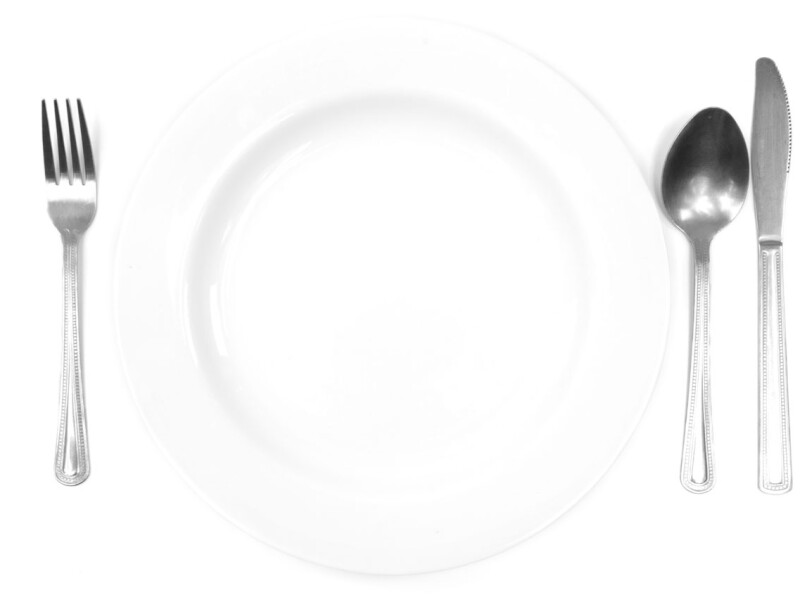 Local eateries sign up to Eat In To Help Out 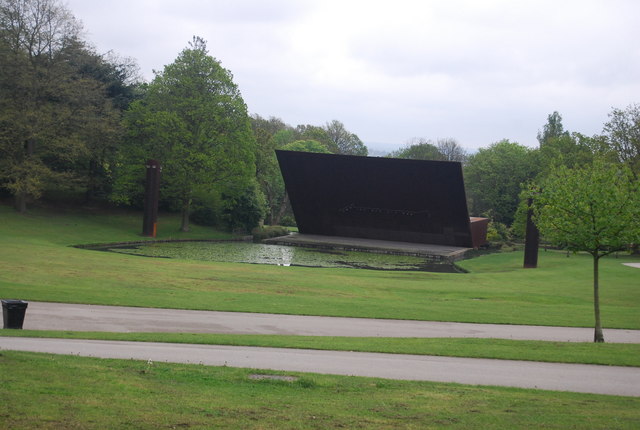 'The (not so) secret garden: the story behind Alexandra Nurseries' have 6 comments